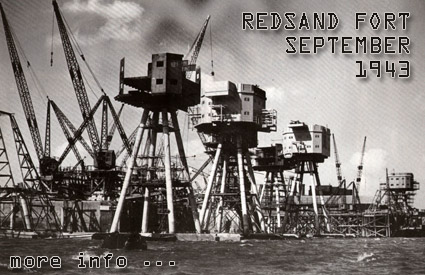 At the outbreak of World War II, the Port of London was the busiest port in the world. As such, a large proportion of supplies to the UK entered by ships navigating the Thames. The German Navy quickly sought to put a stranglehold on this route, and to this end, utilised a new secret weapon – the magnetic influence mine. Whilst there were different variants of this mine, in simplistic terms, the mine was detonated by the presence of a large magnetic object – such as a steel hulled ship – passing in close proximity, without having to make physical contact.

So successful was this that in the first few months of the war, over one hundred ships were sunk in the Thames Estuary alone. It was clear that urgent action was needed to stem these losses, and as most mines were laid by aircraft, ships were requisitioned and used as mobile anti aircraft units. However, this was not altogether successful, and a more satisfactory solution was needed.In the early years of the war, Guy Maunsell, a civil engineer, had produced plans for offshore defences. 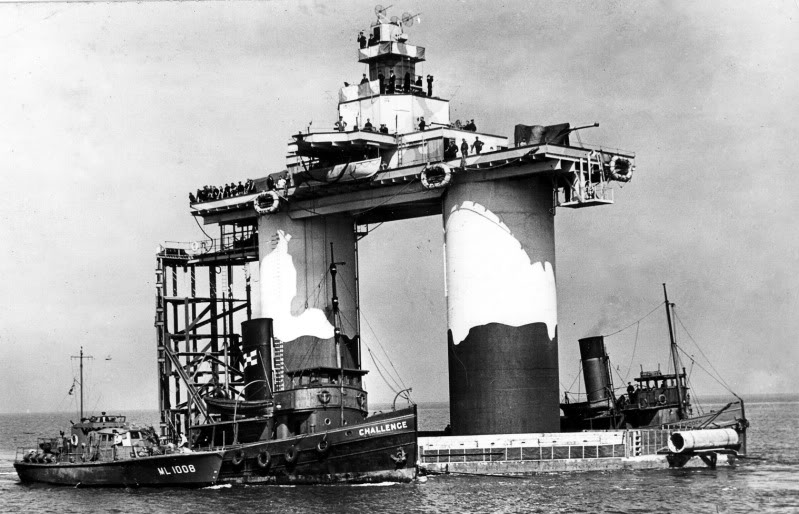 The fort followed a basic twin towers design, the towers being of a simple drum design, 24 feet across and 1 foot thick. Inside these drums floors were installed to make areas for living quarters, workshops and stores. The deck over these towers was made of reinforced concrete, topped with a deck house.

Pirate is the term given to any radio station which broadcasts without permission from the correct authorities. It became extremely popular in the 1960s and it was not long before the Shivering Sands and Red Sands Forts were viewed as excellent platforms from which to broadcast.

A legal battle began with the British Government trying to prevent any pirate station from broadcasting, but it took some years for them to succeed. In those years, many stations came and went on the forts.