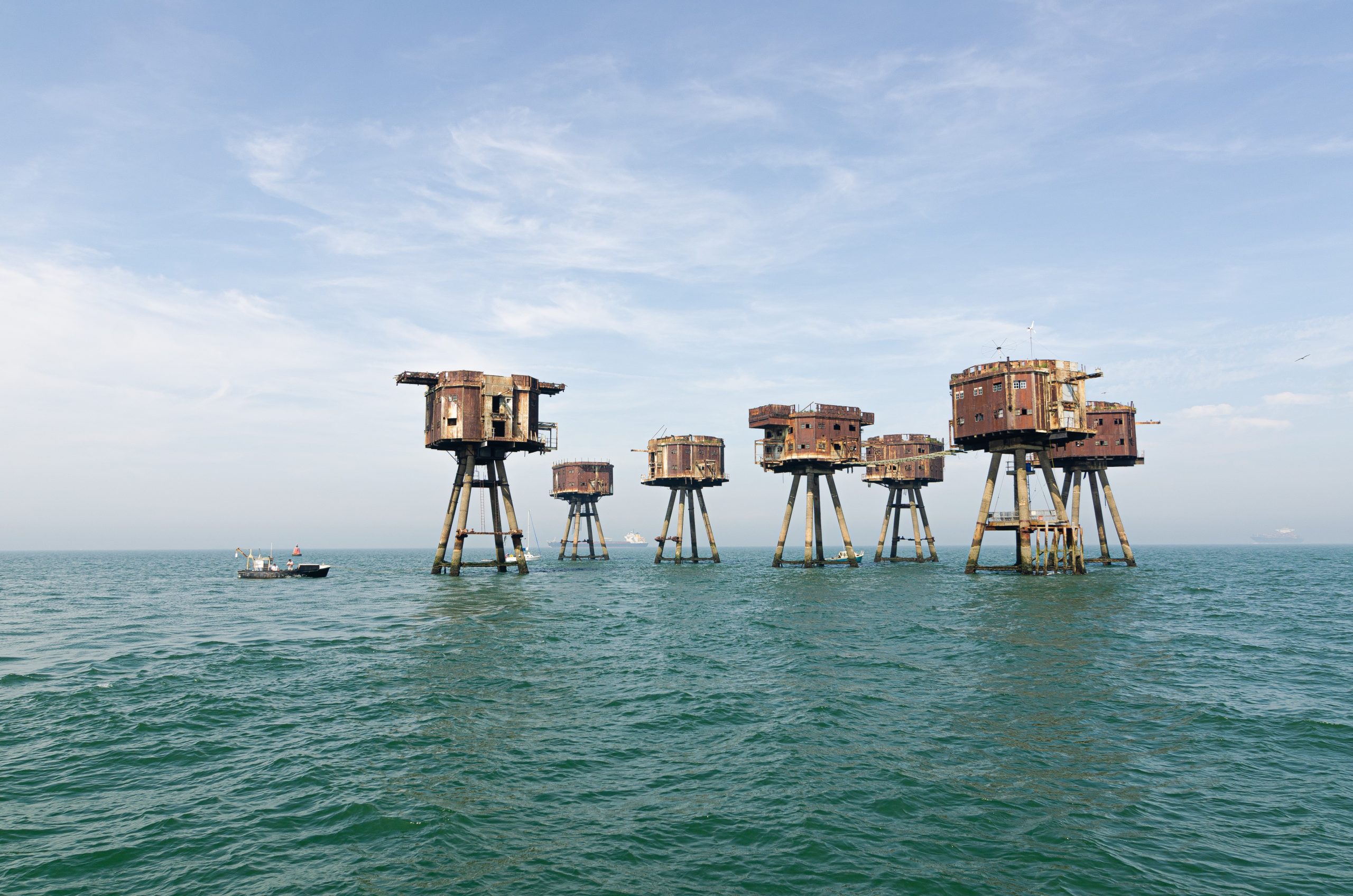 Most of this year has been taken up by detailed inspections of the tower structures. We now have a clear picture of the overall structural condition of the Redsand Fort. A detailed evaluation has been carried out by Taylor Woodrow buildings pathologists and specific recommendations have been submitted.

Generally, the towers are in a remarkable condition considering the hostile environment in which they are situated. However, urgent attention is required to arrest the corrosive action of its sea water environment, now on an acceleration curve. A system known as Cathodic Protection must be applied as soon as possible. This method of inhibiting corrosion on marine structures is widely used, typically on oil rigs and seaside piers. The cost of implementation is high, up to £0.5 million in this case. If this is not carried out, restoration of the towers could, in the longer term, be a waste of resources.

It is quite clear therefore, that if the towers where left in situ without attention, given the predicted acceleration in corrosion, within 10 years they may require removal. The current estimate for this work is in the region of £5 million and would increase over time. The Cathodic program represents an investment of 10% of the demolition costs in order to retain the fort as a Heritage site. This matter is now being discussed with the relevant authorities.

The Yorkshire company Qualter Hall is preparing to construct two new walkway bridges linking two gun towers to the control tower in the summer of 2007. The preparation and installation work will be carried out by Carillion (formerly Mowlem Marine) and this is subject to approval being granted by the Port of London Authority. Surveys of the bridge support mounts at each tower are favourable; however, the supporting steelwork under the tower housing has to be replaced before any further loading is applied.

It was proposed that during 2006, temporary jungle bridges would be installed by the Royal Engineers to enable access to three towers. This plan was cancelled as it was considered sensible to invest in permanent walkways. The cost of temporary walkways would be around 8 % of that of the permanent bridges.

A number of organisations have come forward offering support to the project enabling us to access modern technology and new materials. In many cases synthetic materials will be used in place of traditional, possibly reducing the total load to the columns. This would apply mainly to the cosmetic restoration and not to structural or load bearing elements. Advanced coating systems will be applied and in some cases these will be participate in trials, evaluated over periods of time.

Various media groups are taking an interest in the developments at Redsands. During 2006 BBC 1 broadcast a 5 minute feature hosted by Dan Snow highlighting the wartime history as well as Radio 390’s occupation in the 1960’s. Another broadcast is scheduled for spring 2007 hosted by David Dimbleby. The History Channel is planning a documentary on the forts and extensive filming should commence in spring 2007. Two rock bands are planning to join us on the towers to record promotional videos for their music. They are: the well established British Sea Power and an up and coming Kent band, Sons of Alpha Centauri. Project Redsand are very keen to involve the arts world following the success of Stephen Turner’s expedition aboard Shivering Sands during 2005.

We shall keep you updated during the months ahead as many other topics regarding Redsands are currently under discussion.